New Zealand golfer Michael Hendry has officially secured his place in the Open Championship for the second year in a row by finishing tied second at the latest event on the Japan Tour. Hendry can book his flights to the major tournament, which will be played at Carnoustie in Scotland July, after finishing inside the required top four at the Gateway to the Open Mizuno Open on Sunday.

It is the exact same event where Hendry qualified for The Open in 2017, which shows he clearly has a love affair with the Royal Golf Club.

The 2017 New Zealand Open champion was two-over par in his final round to finish at even-par for the tournament, in a three-way tie for second and one shot behind Japanese winner Shota Akiyoshi.

Conditions were challenging throughout the last two rounds, with wind playing a huge part and pushing the field backwards.

The event became a battle of survival, much like it will be at the 147th Open Championship, with Hendry also signing for a round of two-over par on day three.

The pair of matching rounds came after he had shot two-under rounds of 70 on both day one and two of the event. 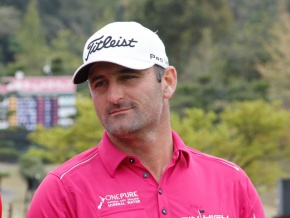