Mike Hendry was born and raised in Auckland, New Zealand. He attended Long Bay College and AUT University. Mike started playing golf at the age of 12 and was a member of the Pupuke Golf Club. He represented New Zealand at the Under 19 Cricket World Cup, but gave up a promising cricketing career to become a golf professional in 2005.  Read More

Nickname:
The Count (due to Mike's startling resemblance to The Count from Sesame St)

What is the Best Thing About Golf:
The challenge of never having it mastered, you have to keep working at it to get better.

The scenery of some courses and the quiet time spent alone working on my game. 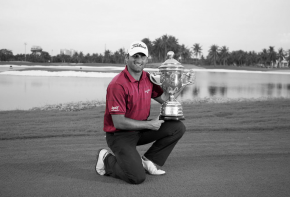